We close Friday. We start moving Saturday. That is, of course, after the former owners of the house actually move out. They start moving on Saturday, so as per our contract, they will be leasing the house from me for one day. Would it not make sense to save everybody the time and money, and just move the hell out on the day of closing? I despise the thought of moving boxes in while they are moving boxes out. Therefore I will be waiting until they finish before I move my boxes in. Eff all that. My luck, they would be grabbing the boxes I just brought in and moving them out. So I’ll wait. The pain in the major ass is that that leaves me with only two full days to move everything from my apartment in Carrollton to my house in Flower Mound. Two days may seem like a long time to you, but I will present the following arguments in contradiction:

END_OF_DOCUMENT_TOKEN_TO_BE_REPLACED

Why do hot women like this always end up with nerds and losers? I mean, I’m a nerd. I know how to fix computers and I read a lot of books. But I don’t look like one, you know? At least I think I don’t. But I’m certainly not a loser! But seriously, I saw this chick the other day and she was hotter than a jalapeno on fire in Texas on the sidewalk in August. Or something. And the dude she was with was a short, oddly lumpy, frog-faced dude who looked like he never showered. What in The Elephant’s name is that shit all about?

One of my best friends is knockdown drag-out gorgeous. She has the body of a – well, a great body, and has a good head on her shoulders. And she told me one time that most guys are too intimidated to ask her out. So she is single most of the time. Then here comes compuboy who has nothing to lose, so he starts asking at the top. And guess what? Bada Bing, Bada Boom. He gets himself a hot chica. At some point in their lonely single lives they say to themselves, “I’m going out with the very next guy who asks me.” So there you have it, fellas. Start asking out all the hot chicks. One of them is bound to say yes sooner or later.

END_OF_DOCUMENT_TOKEN_TO_BE_REPLACED

I found some more crunk ass pictures reflecting my sordid teenage years. The first one is of me holding my nephew, Alex.

This was about four and a half years ago. Well, I guess that means it wasn’t in my teens then. But regardless, he is almost five now. Then we have another, just shortly after the first one, chronologically, that shows him learning to play the guitar. I always knew he would grow up to be like me. That’s my sister – his mom – in the right of that picture.

END_OF_DOCUMENT_TOKEN_TO_BE_REPLACED

On my way out the door, I reached into my pocket for my keys.  That wasn’t where they were. That was, however, where my pocket knife was. I always carry it there. It’s a slim line CRKT knife that feels comfortable when clipped in your pocket, all the way to the edge. It has a nifty little knob through the back of the blade that enables the wielder to open it with his thumb quickly, and most importantly, one-handed. Evidently, my key ring had grabbed that knob when I had originally pulled them from my jeans pocket. So the knife was locked open, sticking straight up out of my pocket.

I looked at my hand, because it had felt funny going into my pocket that last time. Nothing. I look down to see the knife sticking out, and then look at my hand again. And like a dam had been compromised, the blood poured from the open laceration in my thumb. I haven’t seen blood flow that freely and quickly since Joint Endeavor. And I had never seen blood flow that freely from my own body.

END_OF_DOCUMENT_TOKEN_TO_BE_REPLACED

I hope everyone had a fantastic Christmas. Or if you don’t celebrate Christmas I hope you enjoyed your holidays. Of course, my opinion is that if you don’t celebrate Christmas, you shouldn’t get the holiday. You should have to work. Why give someone a free day when they don’t celebrate it? People always seem to whine about getting the day after or before Easter off, but they don’t even believe in Jesus. What gives? Anyway, I had a great Christmas. Glad to be back at work though, let me tell you. It sucks being away from work for so long. It’s like my oxygen. It runs through my veins. 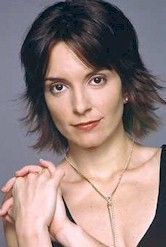 You know who I think is sexy? Take it or leave it, but I think Tina Fey is on the rise. She is the chick from Saturday Night Live’s Weekend Update. I think those thick-framed black glasses and messy hair are in. The librarian type chick is definitely sexy.

END_OF_DOCUMENT_TOKEN_TO_BE_REPLACED

I think there’s only one thing worse than buying concert tickets and coming to find out you don’t really want to see the concert. We’ve all done this, haven’t we? I did once, when my girlfriend Tina and I thought we wanted to go see Traci – shit I forgot her last name. Hot country singer with the big boobs? Yeah, her. Anyway, Clay Walker was opening up for her and I didn’t really want to see him. I actually can’t stand him, to be honest. But yeah I wanted to see her.

Anyway, so I bought some tickets. The night came that we were supposed to go see her and we just really didn’t feel like going. We didn’t sell the tickets, or give them away or burn them or anything like that. We just… didn’t go.

END_OF_DOCUMENT_TOKEN_TO_BE_REPLACED

I go out to the pool sometimes. You know, to swim? Remember that? You like jump in the water and swim around and enjoy the cool refreshing water and the warm sun. I’m pretty sure this is what the pool was originally intended for. But anyway, it’s all a big pissing contest now.

This chick comes out all wearing a nice bikini. So what starts happening is all the guys start getting out of the water and laying out like bitches trying to show off their bodies to this chick. As if any of them have a chance with her. Now granted these are all high-class guys, with the big tattoos on their back and stuff. You know, real men.

END_OF_DOCUMENT_TOKEN_TO_BE_REPLACED

Let’s talk about spanking children. A lot of people have a lot of problems with it, and some people cannot decide if they think it’s wrong or right. Well let me set the record straight, at least about my point of view on the issue. Anyone who’s gonna be my kid better be ready to receive spankings when they eff up. Period. To spare the rod is to spoil the child. My sister told me her Child Development class teaches (from the text book) that spanking your kid makes them violent as a teenager. I say to this – hogwash. I can’t tell you how many times I was spanked, and I am further from being violent-minded than the East is from the West. Complete horse caca. I will hear no more of it.

At that, I would have had to walk out of the class in disgust, tossing the text in the trash on the way out. It is not only Biblical, but also statistical that children who are disciplined correctly (i.e., spanked – for you lay people) are better in school and less likely to be in trouble with the law as adolescents. Is that not clear? I have witnessed firsthand children who walk all over their parents. Whether or not they are disciplined correctly is none of my business. But I can tell you what I do know. I do know these children I speak of are not spanked as a general rule. So make your own analysis, but my inference is that something is amiss.