Yeah, I went and saw it. I love football. And, well, I love my wife. So I took her to see Sandra Bullock and Tim McGraw on the bigscreen. Just kidding, it wasn’t really about that for her. See, I got me one of them good wifes. She likes football too. Yeah. Told you. But this review is not about my wife. It’s about the movie.

Speaking of which, it might have been Sandra’s best role yet. Well, not counting Speed, of course. And Tim McGraw wasn’t all that bad, either. I mean, he’s no Keanu Reeves, but he was pretty good. And get this: in some places, even believable. But the big black guy who played the big black guy was awesome.

So it’s based on a true story, right? About Michael Oher. And who would have known? He came from a pretty terrible home situation, and persevered through a bunch of shit to make it to the NFL. I say good on him. It’s a very educational picture though, if not only about his life, but about the good in some people. Now don’t get me 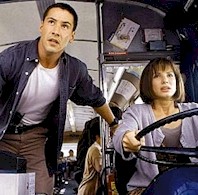 wrong, I still haven’t brought humanity back into my love. But it just shows that there are some people out there who still ignite small sparks of hope for the human race.

The other day, Stout and I were talking about humanity and he mentioned how a certain person almost made him feel good about humanity again. I told him it was unlikely I would ever feel that way, that I still think it’s rotten, but it’s good to see sparks of hope occasionally. Though those sparks are usually extinguished pretty quickly. And with a force like a firehose.

I digress though. You got me talking about one of my pet peeves. The movie was fantastic, and I’d probably give it a four-star rating, which is pretty good and high. It still lacks the mystery and intrigue that my five-star movies give me, but for a feel-good football movie, four stars is probably about as good as you could hope to get.

Go out and watch it. It will make you laugh, cry and feel good about yourself again. And Sandra Bullock’s ass didn’t hurt my eyes that bad either.

The Trifecta of Idiocy