Some time ago, I requested your help with finding the cause of my failing Fonga Plug on my time machine. I’m sure you remember the column. It ended up not being the Reticulating Cockball Assembly, after all, and instead the Hyperflux Induction Modulator. And since you cannot buy one of those at Auto Zone, I had to craft one myself. 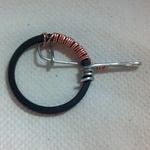 So I started with the basics. Of course you have to have the Hatford Loop. Without a Hatford Loop, your temporal course will never stabilize. You can literally get lost in the ether between seconds, trying to find your way back to 2254. I have heard horror stories about guys tearing off into the mezazoic period with a camera and a dream of photographing a dinosaur and turning up fossilized in the future. Don’t even ask. 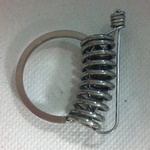 Next, I had to construct the Hawking Coil. This is a very integral part of the Fonga Board, in that it keeps you gravity-locked. Obviously, if you jump forward ten years, the Earth isn’t going to be right here in this same position. Not only is it revolving, but also orbiting the sun. And the entire Solar System is moving as well. You could well end up in another galaxy! The Hawking Coil keeps you locked to your present location geographically, mapping and weaving the space-time continuum to account for movement and temporal shifts.

Now the Relastics Switch is more of an option. A lot of the older models – say the ones built before 2215 or so – didn’t even come with one. I like to have one because it’s sort of a luxury, like heated seats and polar vaporators. Try to imagine drinking a soda pop, then coming out of a jump two minutes too early. Suddenly you’re full of gas and you still have a full soda! Bam! Yeah, the Relastics Switch just sort of cushions the land, bouncing you forward and back a few times at smaller and smaller intervals (all less than a minute) until it finds a comfortable entry point. I built this one with a Kanifta Rod and a Chamberman’s Seal. 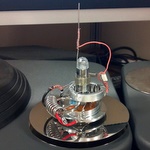 And then, you put it all together. Here you see my new Hyperflux Induction Modulator fully assembled. I threw in the Guidance Beacon and the Camber Whistle so if I tilt in jump, I won’t pop up somewhere in the Middle Ages in the middle of a mountain or something. How many times has that happened? LOL. Anyway, I just thought you would all be interested in my progress, and how I was finally (after nearly four years) able to repair my time machine. Good lord.

So tonight I’m peacing out back to the fourteenth century. I want to check out some Black Death up in this bitch.