For the last 18 years I’ve been working on computers in some capacity. About eight of those years were server engineering and data center operations, but the rest has been help desk. I’ve always preferred the help desk because it’s more hands-on with people. I have the great privilege to make people happy, one person at a time.

Help desk obviously doesn’t pay near as well as the server side of things, but it’s always been enough to support my family and me. And you know me – I’m not greedy. I only want to make enough to cover what I need, plus a little allowance for toys and beer. I have no desire to drive a fifty-thousand-dollar luxury automobile, or have a summer cabin in the mountains. Though that does sound quite nice now that I think about it.

But I much prefer coming to work every day getting to interact with other human beings – much as I hate humanity. Oh, and the women. You wouldn’t believe… Working on servers is so unrewarding. You go entire days without seeing another soul. Spending long hours locked up in the data center repairing a SQL cluster or replacing platters in the jukebox. It’s loud and cold and lonely in there. It’s a great job for someone who has no personality. Or someone who has no desire to be around other humans. And that actually sounds quite nice now that I think about it too.

But no, really, I do like interacting with humans on a one-on-one basis. It’s when they get together in groups and turn from person to “people” that I stop liking them. People are idiots. Self-serving, money-hungry, lusty, arrogant animals. I want no part of that. Well, but I’m also kind of getting sick of help desk now. After eighteen years of working with technology, I’m kind of sick of the rat race, to be honest. Keeping up with all the latest software, issues, knowledge bases, tips, tricks, tweaks and service packs… Brother, it can get overwhelming.

But what can a man do when he has no other real relevant experience? Well, you teach yourself something else. So after eighteen years, I’m finally hanging up the geek shirt. Actually, it’s quite stylish, so I’ll probably still wear it occasionally. But I’m finally moving away from the support desk and doing a complete career change. Starting next week, I will formally be a Junior UI/UX Designer. Woot. 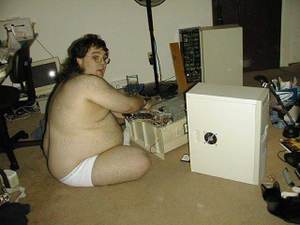 When I first began exploring this career change, I was pretty surprised by how much these guys make. If you look up the median income of a Junior UX Designer, it will probably make you clear your throat. So I went to New York a few weeks ago for a training class taught by one of the top five designers in the world. Pretty intense stuff. And it fits so well with exactly what I want to do for a living that I’m surprised I didn’t think about it earlier.

Anyway with all that said, I’m saying so long to the help desk. I will always be technically inclined. I’ll still keep a thousand dollars or so in my Amazon account so I can buy new stuff that comes out. Oh, I’m sure you read my column about the Rubik’s Touch Cube. Dude. Twisty Puzzle meets Technology? How could I not buy one? So yeah. I will always be a gadget freak. I will probably always support my Pop when he calls and asks why his printer isn’t working. And of course, I won’t be getting rid of my home network. Or my website. I just won’t be doing it for a living anymore. So. With all that said, I’d like to leave you with some help desk stories from over the years. I’m not sure why I’ve never told you any of these before, but I guess I just wanted a collection of them to present all at once. These are all completely true. I have only changed the names to protect the guilty.

Well that’s about it. Well, all the good ones, at least. If I think of any more I might post them someday. I’ve had a good couple of decades working on computers. It is not without some emotion that I step away from the Desk, even though I’m terribly excited about my new position. It’s just another chapter of life that marks a transition, that’s coming to a close. It’s a little sad even amidst the near overwhelming joy. Thanks for letting me share some of my stories with you. Feel free to leave your own in the comments section.

Would it kill you to smile?

How I Plan to Solve the Global Warming Crisis