While I can think of several other places I would rather have gone for my bachelor party last Saturday night, and several reasons for each, I didn’t have the great providence of being my own best man. Thus I didn’t plan my own bachelor party. And we went to a titty bar. I didn’t object. I am a man. I like titties. (Tell me you didn’t know that.) Plus, it was my party. 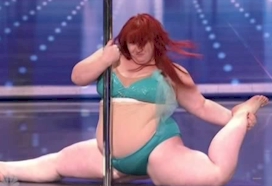 Anyway, her distaste for these places and the people within them seems very deep-seeded, because she got slightly irate within the duration of our conversation. I guess slightly irate is an oxymoron. But it’s all good. I let her rant. Number one, because she is a dear friend of mine. And too, well – she has breasts. I know better than to try and silence her.

At my bachelor party, all the fellas chipped in a requested amount of cash, and it was all lumped and given to this chica of my choice (without my knowledge, obviously) whereupon she came and sat with me (among other things) for the better part of two hours. My argument with my friend revolved around the theory that this is just an easy way to make a living, and the people that do it are cheap. Fine. I don’t argue that. What I argue is the fact that none of that means anything to me, nor to 90% of the men in there. The men who go to these places don’t pay the girls to come sit on their lap and talk about their problems and their childhood. The men go there to see their breasts. Period.

Not their period. That’s not what I meant. I meant end of sentence. Carry on.

The lady who spent so much time on with me at my party actually made pleasant conversation. I asked her what she thought about men who came to these places. She said, “Men will be men. I know men like to look at tits, and you can’t change that. So I want to be one of those women the men like to look at.” Sigh. I asked her if I could pay her to come give seminars to certain women I know. That’s all it is, ladies.

You see, my friend (with whom I had the debate) thinks it’s an emotional thing or something. It’s not. We don’t get attached to those women at the bar – well, so to speak. We don’t get emotionally attached, I should say. Men don’t think with their emotions like that. They think with their – anyway, I think you get the point. I’m just looking for input here. Why is it that respectable women freak out when respectable men go to topless bars? We aren’t looking for wives in there. And it’s a good, easy way for women to capitalize on men’s weakness and desire to see bouncing, healthy, naked, gorgeous breasts. Is that really so wrong?

I’m sorry, iPhone. I want you back.

Would it kill you to smile?

This column is 554 words long.