We all know that the quality of music these days has suffered pretty drastically. And thus the standards have dropped, so we expect less of our musicians – if you can even call them that these days. And with lowered expectations, it’s easier for shitty bands like Mediocre Charlotte (See what I did there?) and Simple Plan to “break in” to the music scene where truly they don’t belong.

Anyway, the point is not to remind you of all the shitty music on the radio. Well, it kind of was. Even Trumby likened the new hockey rules to a bad musician. But here’s my point dude. There’s no reason – there’s NO FREAKIN’ REASON… Anyway. The point is this: with more shitty music being blasted across the free airwaves, we’re by law of averages being subjected to more shitty music. Not enough Chuck Mangione, and too much Gavin Degraw. Not enough Willie Nelson and too much Dixie Chicks. And when there’s more of this shit blasted out, more people hear it. And when it’s the majority of what they hear, they think that’s what’s really out there. They thing that’s all that’s out there. And worse, they like it. 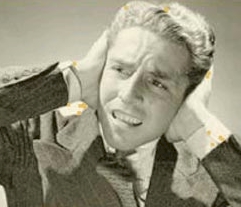 So now what we’re left with is these people getting so addicted to their shitty music that they have to go buy iPods to listen to it. Which I’m okay with. Keeps it private. The whole earbud thing works out. But no! They then buy the iTrip and they broadcast their shit so they can hear it on their car stereos! So here I am listening to my good shit on my car stereo, broadcasting from my iPod, and some dipshit drives by and suddenly I hear his shit. Because mine is always a weaker signal for some reason. And when I’m stuck in traffic, I may be forced to listen to some shitty shit I’ve never heard before for five or ten minutes. And that’s bullshit. Clearly I need another option.

And this other option, obviously, is to quit my job and stay home all the time. That way I won’t be subjected to anything I don’t want to hear. Only the true talent finds its way onto my stereo system. I didn’t spend nineteen thousand dollars on an entertainment center for my media room only to have REM sing about the end of the freakin’ world on it. Well, my other option is just to take matters into my own hands and just off myself. And with the downward spiral we’ve been experiencing these last few years, maybe that’s the best option.

There’s a letter in your mailbox!

This just in: People are morons.

Do these genes make me look fat?

This column is 582 words long.