Global Warming is an issue I don’t take very lightly. I take it extremely seriously. I have, therefore, been working on developing some hard-hitting plans to help our great planet get out of this catastrophe. Some of my solutions may sound silly out of context, but in reality, I think they would really work. Like for instance, since you never hear people complaining about living in Hawaii, I figured we could move a couple of the continents (or build a new one out of dirt from the Sahara desert by dumping it into the ocean near Hawaii) down to around that area. See? That shit is genius. And it solves three problems at once. Number one, it makes a normally cold place like Antarctica really warm and beautiful. Number two, it helps with over-population. Because right now no one wants to live there except people of Eskimo descent. But a lot more people could move down there into that great big space if it was right on the equator. It’s like putting plywood in your attic so you can start using it as a room. And number three, well… Actually I don’t have a third reason. But I bet you can come up with one.

END_OF_DOCUMENT_TOKEN_TO_BE_REPLACED

I was thinking earlier about how I needed to rotate my mattress. Because there are forming in it two large crevasses where my wife and I lie at night. They say you’re supposed to rotate them 90 degrees every once in a while. I guess so you end up making a pound-sign shape on the bed, rather than the symbol of equality. What’s that all about? A conspiracy?

Anyway, that led me to thinking about how much time we spend on the mattress, and why we should purchase a really good one when we do make that purchase. They say you spend a third of your life sleeping. Well, I retorted in my thoughts, I don’t need to spend a third of my salary on a freakin’ mattress! Ha! I showed them, eh? But then I slowed. And I considered. A third of my life. A third. Wow. So what it boils down to is I’ve spent eleven years sleeping, total. A ninety-year-old has spent thirty years of his life sawing logs.

END_OF_DOCUMENT_TOKEN_TO_BE_REPLACED

Before we get into the details of how I would use my time machine, I feel the need to expose some technical details to you. There are certain issues one runs into when traveling through time, and these have to be addressed. There are some technical modifications that must be inherent to the machine itself in order to prevent certain things from happening. Some of these are just basic safety features.

For instance. Say if I wanted to travel back in time to 1989 so I could visit Tiananmen Square and watch the protests, I would set my time machine back to the day before it started. I would attach the wrist strap, select the exact time, then I’d click “Insert” on the icon running in the Human Icon application. Now, if my time machine didn’t have a Relative Space-Time Binding Computer built into the architecture, I would arrive at that exact minute I specified, and there’d be no planet beneath me. Forget that the Earth orbits the sun. Remember instead, that the whole of the Solar System (and the Milky Way, beyond that) is moving through space as well. I would appear somewhere in the blackness of space, nowhere near anything terrestrial. That RSTB computer mod basically binds the time to the space, makes calculations based on Earth’s insane kinetic posture, and moves me through space, as well as time. So when I appear on April 15, 1989 at Tiananmen Square, the Earth is actually there underneath me. Relativistic Global Positioning. It’s the new-age, people. I feel sorry for those people who experimented with time machines back in the early 90s, and had to find out the hard way that time and space move separately!

END_OF_DOCUMENT_TOKEN_TO_BE_REPLACED

There are five types of pain, as the title of this column suggests. I’d like to discuss with you just a few of the four types of pain, because it’s important – I believe – for you to be able to identify all three types of pain.

The first type of pain is a physical one. Say you get your foot stomped on by a passing horse, or your arm sawed off with a rusty bow saw… That’s pain number one. And it’s excruciating, and you’ll probably cry. The first of the six types of pain, we’ll call “Crying Pain”. It’s bad. It doesn’t happen often. But when it does, you know it because you cry. For sure.

END_OF_DOCUMENT_TOKEN_TO_BE_REPLACED

Specifically, the hardware. Why is it that in every bathroom, no matter how nice the place you go, has trouble with this? THERE! That was the sentence I was trying to say in the beginning. Why is it I had such trouble with that? So you can go into a nice hotel or a fancy restaurant or a shitty little gas station, and if they have stalls in their bathrooms, guess what? They’re either wobbly, or coming off the walls.

END_OF_DOCUMENT_TOKEN_TO_BE_REPLACED

I used to sort of consider myself an expert on breasts and breast theory. Breastism, as I like to call it. I could tell you if they were fake or real at just a cursory glance. Even half-covered. I based this expertise on the fact that I’ve seen (and felt) so many of them in my day. I’m talking like five or six of them, okay? Yeah. But, as any technology, I guess, so has this one advanced with age. 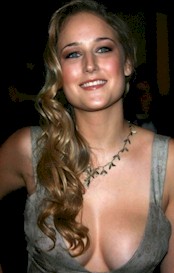 Breast implantism. I guess with enough years, and having found the right ingredients, we can expect them to look more and more real as the doctors get better and better at making the fake titties. If you’ve read half of what I’ve written, you know I stand against this. I would take small, funny-shaped saggers over perfectly formed fake ones anyday. And that’s because of how they feel. You can make them look as much like what you think is “the perfect breast” as possible, and if they don’t feel right – meh. I’m out.

END_OF_DOCUMENT_TOKEN_TO_BE_REPLACED

I’ve never been what you’d call a “good” golfer. I’m not even mediocre. I’m lucky if I can hit 75. On the front nine. But my dad always tried to teach me, and I just couldn’t catch it. Sure, occasionally I’d hit a real nice drive and actually put it on the fairway. I’ve even chipped into the cup from ten or fifteen yards before. I’ve made some grand putts and chipped out of the sand a few times. But for the most part, I suck royally.

Aaron and I played a round of eighteen last summer and I think it took us somewhere around eight hours to finally finish the game. We had let several teams play through us at various points in the day too. We couldn’t hit that ball straight to save our lives. We sure drank a lot of beer though. Perhaps one is the cause of the other…

END_OF_DOCUMENT_TOKEN_TO_BE_REPLACED

I have a bunch of qualms with Star Trek. For some people, all those interstellar movies are the hot shit. But I’ve found that Star Wars and Star Trek cannot peacefully coexist on the same shelf. For most people, it’s either one or the other. First of all, there’s the fact that all the shit in Star Trek is brand new looking. Like it’s never been used. Never been flown through a stellar dust cloud, or blown through an asteroid belt. Star Wars opposes. All the shit in Star Wars looks like it’s been around the universe a few times. Taken a beating. Looks a little more realistic.

Secondly, it pisses me off that Star Trek uses an up reference in deep space. why the hell are all the spacecraft planed on the same scale? Why is it that when two ships come in for close range combat, they are both upright? As if there is some universal up in null gravity. Obviously there is no up or down in null gravity. This tells me that some of the shots of the ships taken from distances should show the ship at awkward angles, not relative to the up and down you know sitting in front of your television screen. And furthermore, when there are two ships on the same screen, they won’t be exactly nose to nose, and there won’t be a common up. It just won’t happen, people.