We got up at 3:45 yesterday morning. That’s not the impressive part though. We had gone to bed at close to midnight the night before, and then lay mostly awake through those very few hours trying to sleep through the sound of the dog clock in the neighbor’s yard. This dog literally barked once per second for over an hour. A true canus tempus. I wanted to kill him in the face. But we were energized by vacationalistic excitement, and thus were able to get up with no problems. Then I set about to making Bloody Marys for all of the day’s travelers. Well, except for the kids, of course. Duh. They drink whiskey sours.

By 5:15 we were on the shuttle (all seven of us) heading for the airport. At the end of the three-hour flight, the stewardess announced congratulations for Bret and Danae who are getting married on the beach. I know. Copycats, right? They’re even getting married on the same slice of beach as we did nearly four years ago. Major rolleyes. But then the flight attendant had us do the wave. Very nice.

END_OF_DOCUMENT_TOKEN_TO_BE_REPLACED

When I was a child, my greatest fear was falling. I would dream about falling from a building, or a tight-wire stretched between buildings. I don’t know why I should have these dreams. I would never consider actually walking a tight-wire, but there you are. Now that I’ve grown up, my greatest fear has evolved. It’s no longer a selfish fear – a fear for myself. It’s now a fear for the safety of my children. I guess that’s every good parent’s greatest fear though. It makes me shaky and sick to think of something happening to them. I am, therefore, necessarily opposed to taking my children to New York.

It’s not that I think it’s that much more dangerous than anywhere else. Right now I live in one of the top five safest cities in the United States. So yeah, I feel pretty comfortable where I am. But it’s just that I don’t feel like I have control of anything when I’m in New York. Number one, I don’t drive a car, and probably never would in Manhattan. It seems to me to be a place where you live close to work and either walk or take public transit to get there. There aren’t a lot of parks and playgrounds for the kids. At least not where I was. It just doesn’t seem like a very kid-friendly environment. I guess maybe Queens or The Bronx would be better than Manhattan.

END_OF_DOCUMENT_TOKEN_TO_BE_REPLACED

Part One: Man Versus Murphy

As our tour guide for the Panama Canal said, “Murphy isn’t just a part of our daily lives here in Panama, but he was also born here.” He spoke of Edward Murphy, the Panamanian native who coined the phrase we all know today as Murphy’s Law. Well, we met Mr. Murphy before we even got to the airport.

State Highway 121, which is perpetually in a state of construction, almost caused us to miss our flight. They had blocked the exit to the airport. I don’t know who ‘they’ is, but I’d sure like to have a little chat with them. Yes, they blocked the exit. How can they do that when there are literally thousands of people every day who depend on that exit to get to the airport? Well, you’ll have to ask ‘them’.

END_OF_DOCUMENT_TOKEN_TO_BE_REPLACED

It’s finally here, friends: that time of year when we leave for the Big Penis. That’s right, the continental fallus we like to call “Florida”. My red-haired wife and I have gone every year for the last three years. This will make our fourth trip together. And the only difference between this trip and the previous three years is that we aren’t taking the kids. I figure they’re old enough to stay at home and take care of themselves.

My buddy Christian is in town from Omaha, and has been staying with us since Saturday. So he’s gonna hang in the house until we get back. Works out perfectly. You see, I like having someone stay in my house so I won’t feel bad about leaving the fridge plugged in and the air conditioner running.

END_OF_DOCUMENT_TOKEN_TO_BE_REPLACED

Hey Space! Look at this huge silver tray full of bacon and that gigantic pot of hot coffee- what a beautiful sight! It’s nice to see you too Space, but for as awesome as you are, you really can’t compete with bacon. Who can? So anyway, how are you doing, Space? What would you like to discuss this morning, Space? I’m a little spaced-out, so I’ll give you some space to talk about whatever you want. Anything in particular come to mind?

Good morning, Haycomet. I’m great, thank you. Well, I’ve been thinking about that, and I think I’d like to ask you a few questions about something very dear to me, and that I someday hope to make near to me. Space Travel! Yes, I went there. I capitalized both words. Because Space Travel – from what I hear – is awesome. Well, not really. The traveling through space part of Space Travel is probably very boring and very slow.
So do you ever spend any time thinking about Space Travel? Where would you go if you could just hop in your HayShip and take off? (See, I’d call mine my SpaceShip…)

END_OF_DOCUMENT_TOKEN_TO_BE_REPLACED

I can’t recall how well I did in statistics class, most likely because of one of the few following reasons: I a) didn’t take statistics class in college, b) spent way too much time between the sheets with girls and not near enough between the pages of schoolbooks, or c) didn’t actually go to college. I can’t even recall which of the answers would be closest to correct, so I shall not bother. And there’s your opening paragraph.

But let’s just say that the odds of some things happening are almost statistically impossible. Like that time when my dad and I were at the driving range hitting golf balls, and we both hit at the same time, and our golf balls hit each other in mid-air about fifty yards out. Un-effing-believable. Seriously, we couldn’t do that again in seven hundred years. But it did happen. I wonder if that has ever even happened before to anyone out there at driving ranges all over the world. Surely it has…

END_OF_DOCUMENT_TOKEN_TO_BE_REPLACED 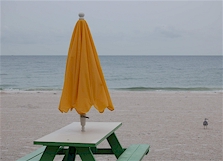 END_OF_DOCUMENT_TOKEN_TO_BE_REPLACED

What’s there to say about the fine state of Minnesota? Uh, well we’ll see if we can find anything worth saying. I flew in this morning to visit a friend, and – having never been here before – wanted to see the sites. Or is that sights… Either way, there were some things rhyming with “ites” that I had come to see. Let me back up a little though.

I’ll start with the plane flight. We were delayed in taking off by almost an hour. Sigh. Okay, I don’t mind sitting in the terminal. I started a paperback my friend Jim had given me. Called Jupiter. By Ben Bova. Have you read it? Well it may be the kind of book you only read in airport terminals, I’ll have to wait and see. Anyway, I had my iPod playing and was making eyes with a couple of honeys, so I wasn’t terribly upset. Fifty minutes late, we finally boreded. (Boarded. Yeah, I’m full of it today.)

END_OF_DOCUMENT_TOKEN_TO_BE_REPLACED

I live near an airport. Well about ten to fifteen miles away, I suppose. But it’s the third busiest airport in the world. An international one. Thus planes are constantly flying right over my house, and generally pretty low, on their way to landing. My supposition is that these aircraft are somewhere between five- and ten-thousand feet. It’s quite common to be awakened by the sound of the engines screaming through the night, directly above me. Especially when I have my windows open. 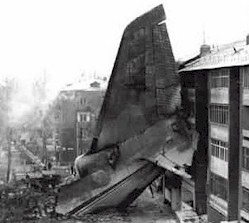 So I started thinking last night about the plausibility of a crash landing in my bedroom. Here’s the control set I theorized under: The world as we know it will not end, ever, but will last infinitely. Aircraft will infinitely be flying over my house, as they are today, and the technology will remain fairly constant. Meaning they will still use conventional fuel and conventional thrust and drag technology. Assuming all this, my question was this: As long as they are flying over my house evermore, what is the probability that one would someday crash into my house?